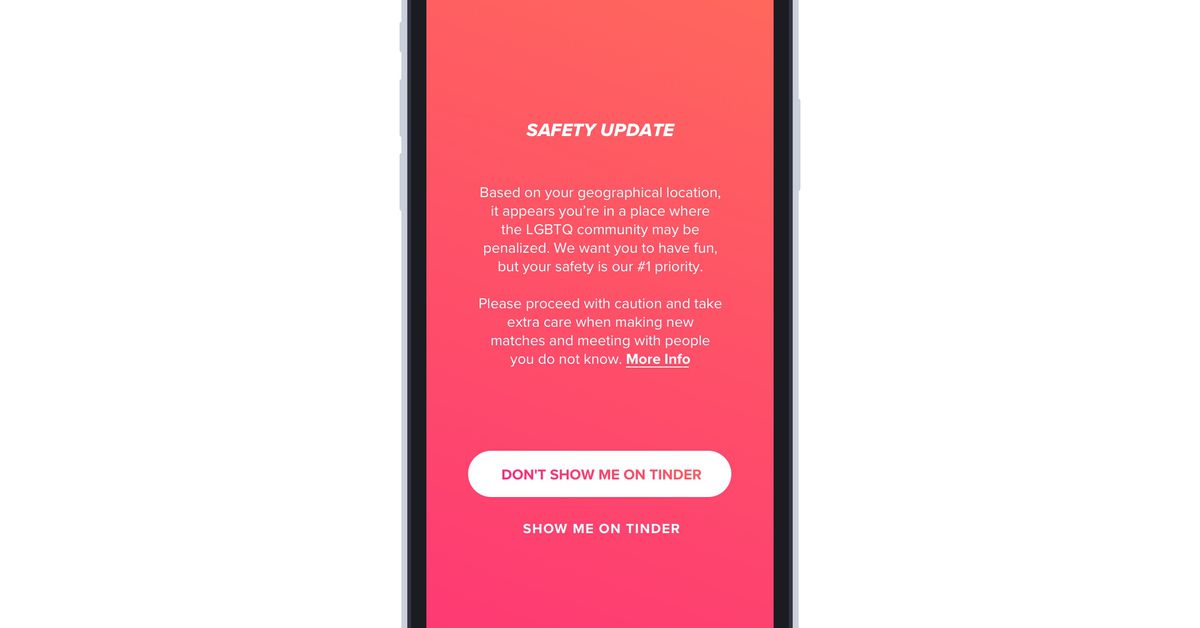 Tinder is planning an update for this week that’ll warn its LGBTQ users when they’re traveling in a country where their dating preferences could put them at legal risk. Called “Traveler Alert,” the feature will automatically hide users’ profiles when they’re traveling abroad in countries where same-sex relationships are illegal. Users can then choose whether they want to stay hidden. If they decide to have a public profile, their sexual orientation or gender identity will be removed for the time being to protect them against law enforcement or individuals who might target them. The alert will only show up if people are on the ground in these countries or if they’re using Tinder Passport to swipe in them.

Other dating apps, including the gay dating app Scruff, also warn users about potential consequences of LGBTQ dating in certain countries. Of course, Tinder counts millions of people around the world as users, and it’s recently begun particularly focusing on courting more users abroad. As it expands its reach, the company needs to keep it users safe and aware of what could happen if they keep their profiles public.

All Websites Campaign Monitor
July 1, 2019July 2, 2019
All Websites , Facebook
December 19, 2019December 19, 2019
This post was originally published in this website.Facebook doesn’t want its hardware like Oculus and Portal to be at the mercy of Google because...