Facebook-owned instant messaging app WhatsApp has reportedly rolled out a new feature for Android users that lets them share their status stories directly on Facebook Story and other apps.

To try this out, add a WhatsApp Status by selecting the Status tab present on the app’s home screen. Once you have selected and uploaded an image of your choice, tap on the more options buttons right next to the status and select ‘Share…’. Then select the button with a Facebook icon that reads ‘Your story’. You can also select ‘Facebook’, but this will upload the story as post on your Facebook timeline. You will then be redirected to Facebook where you can upload the photo. 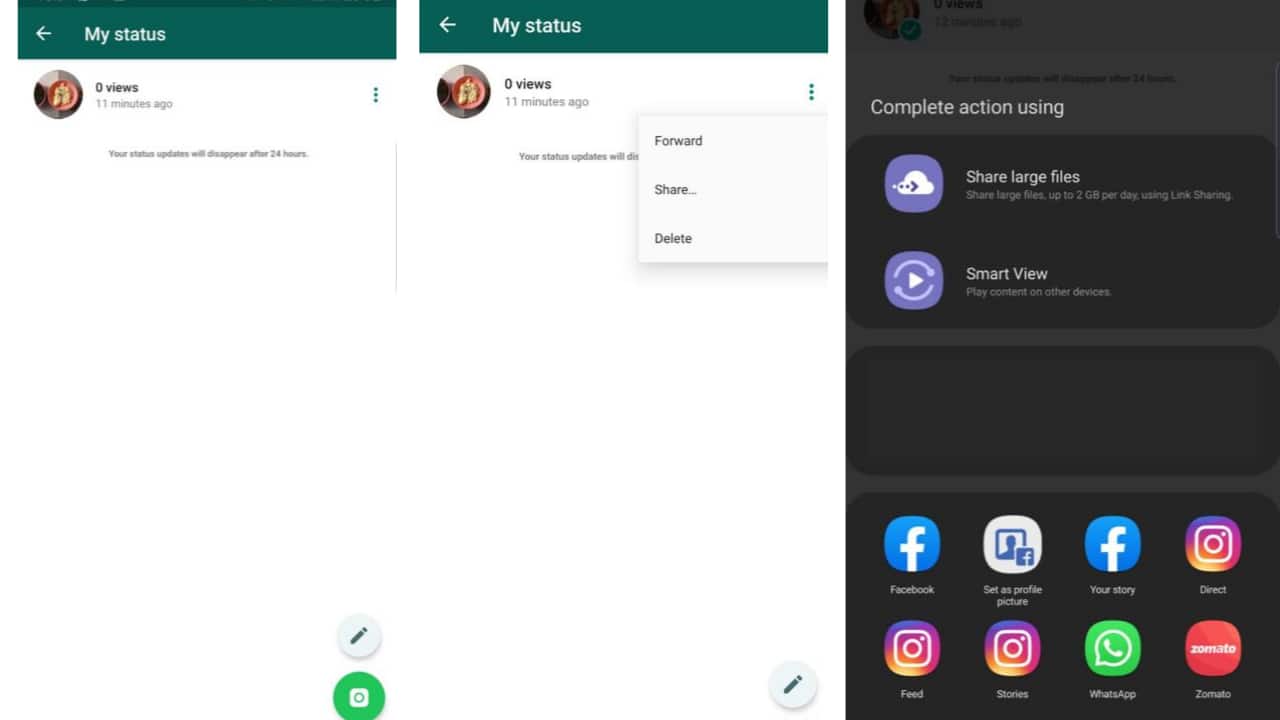 WhatsApp hasn’t officially confirmed this feature on its website, however. This might be because the option must have been hiding in plain sight for many users until now.

According to IANS, the roll out appears to be part of Facebook CEO Mark Zuckerberg’s plan to create a unified app combining WhatsApp, Facebook and Instagram to let over 2.6 billion users communicate with each other cross-apps by 2020.

The move could let the social networking giant tout higher user engagement to advertisers, thus, ramping up its advertising division at a time when growth has slowed down.

The move requires thousands of Facebook employees to reconfigure how WhatsApp, Instagram and Facebook Messenger function at their most basic levels. Facebook chief Mark Zuckerberg has ordered all of the apps to incorporate end-to-end encryption, people familiar with the matter told The New York Times, a significant step that protects messages from being viewed by anyone except the participants in the conversation.