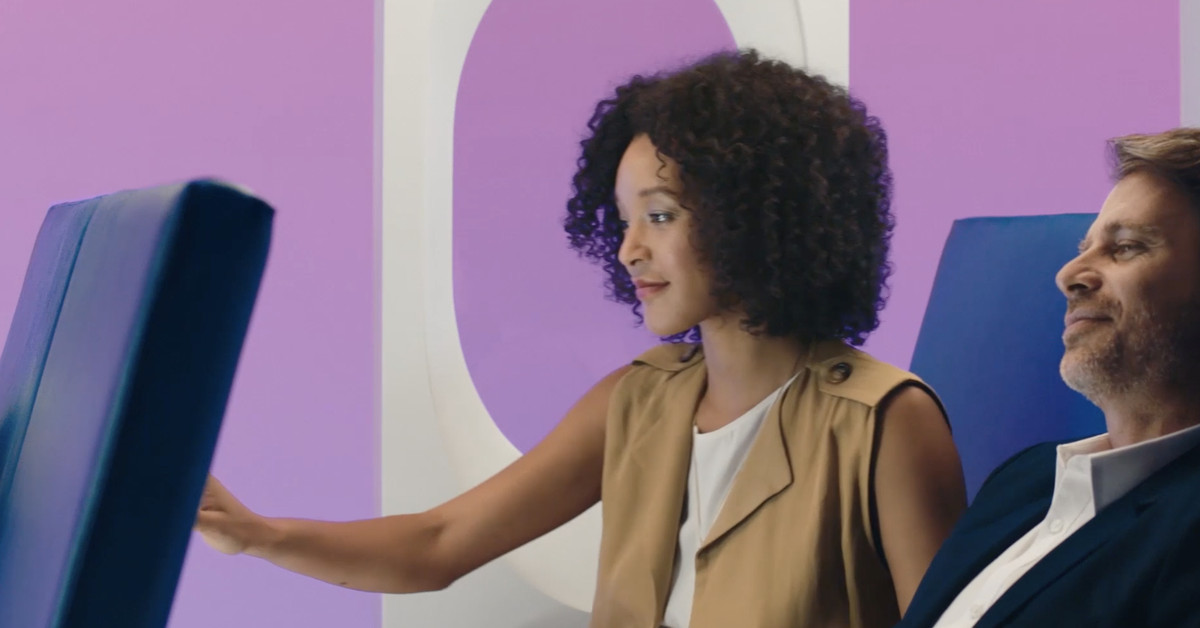 Delta Air Lines has announced a new set of features and technologies to its inflight entertainment experience at CES 2020, including a “binge button” and the ability to watch Delta-sourced content from the moment you check into your flight. And it’s adding wireless seatback screens to its airplanes with new capabilities, like the ability to use Bluetooth headphones.

Some airlines have scaled back their inflight entertainment technology in favor of having passengers watch content on their smartphones, tablets, and computers. But others, like JetBlue and Delta, are pushing forward, upgrading their seatback screens, striking new deals with content partners like Spotify, and adding new features.

During its CES 2020 keynote, Delta laid out some of the ways it’s trying to enhance its own experience. Beyond the binge button — which, of course, will let passengers watch back-to-back episodes of one particular show instead of making them select each episode individually — Delta is also making the content it licenses for its flights available through its app from the moment people check in. The company will also roll out a “recommended for you” tab, which will suggest new things to watch based on your viewing history. And it announced a partnership with the ReFrame project, which will supply the airline with a lineup of gender-balanced TV shows and movies.

Delta recently started retrofitting its planes with new wireless seatback screens, which frees up more room underneath each seat. These new screens will also allow passengers to use Bluetooth headphones during their flights, meaning people who forget to bring a pair with a traditional headphone jack won’t have to settle for the company’s commodity earbuds. (Whether it can make sure all that Bluetooth radio interference isn’t a problem will be a challenge of its own.) The screens will also be able to mirror your smartphone, and Delta says other new features will be added at a quicker pace than in the past.

The wireless nature of these screens means Delta can bring them to smaller planes, too. And the company is also looking to become a provider of this technology, according to chief operating officer Gil West. “We’re pivoting to outside sales. It’s a big market, it’s an almost 20 billion a year market which is growing at a really fast clip,” West tells The Verge.

But the content deals and the Netflix-ification of Delta’s inflight product are signs of a sort of arms race happening in the industry right now. Unlike five years ago when pretty much every wide-body airplane had a TFT touchscreen with just a few movies and TV shows, often for sale, the airlines are almost all now moving in different directions. And as they do, each one is making its own bet on what it believes will be the future of the inflight experience will be.

How to Get on The Instagram Explore Page in 2020